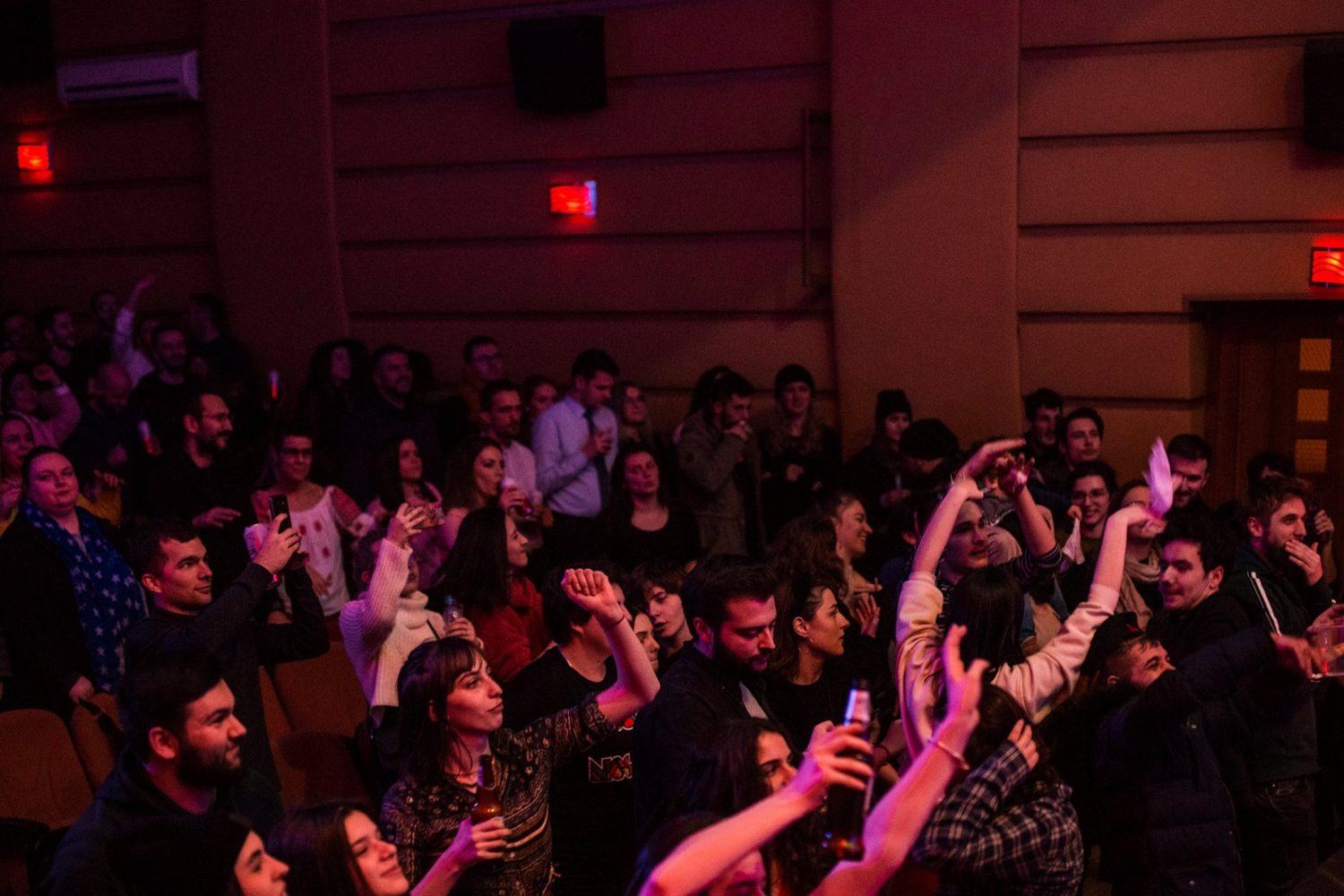 The Glas Romov music cycle presents a broad and professional overview of Roma music production in Slovenia and especially around the world.
The Voice of the Roma is aimed at presenting and promoting top music groups and performers who work in genres that are less known to the Slovenian audience.

As is quite clearly indicated in the title of the cycle, Glas Romov focuses on the music production of the Roma minority in Slovenia as well as in other European countries. Epeka has been organizing music events for top Roma musicians since its foundation. Through the years of operation, we have established a strong tradition in this field and also a fairly robust audience, which we introduce to other musical genres by connecting different types of events. Thus, in recent years we have co-organized the performances of some of the biggest names in contemporary Roma music: e.g. Esma Redžepova, Harry Stojka, the Fanfare Ciocarlia Orchestra and many other individuals and musical ensembles. Organizing top cultural events related to the creation and integration of the Roma and wider community is important from several angles: they are musical expressions that are attractive to both wider and professional audiences and often combine both academic technical sophistication and spontaneity of self-taught; unlike a large part of media and other reports, they present the minority in a very positive light, which is relevant for both members of the minority and members of the majority population, which cultivates certain prejudices against the minority; through the guest appearances of top musicians, the interest in making music in the local Roma community is increasing, and thus the interest of young Roma in musical expression is gradually increasing; because as a society we organize extremely heterogeneous musical (and other) events, we have an excellent opportunity to bring together different audiences and, above all, to promote less popular musical expressions in different target groups. The cycle is also important because within our activities we emphasize the importance of interethnic cooperation, which is critical in a period of radicalization within the Roma community itself as well as within some groups within far-right political movements.

With this in mind, we designed the Voice of the Roma cycle as a cross-section through the current musical creation of members of the Roma community at home and abroad. Epeka has been organizing concerts of top Roma ensembles since its establishment, and this time we decided to design the practice as a cycle, which we intend to carry out in the coming years. The program will present a wide range of musical creativity that explores the traditions of Roma music and interweaves them with other musical expressions. We believe that in this way we will successfully attract a wide range of viewers and at the same time more than correctly present the musical creation of this heterogeneous and fragmented minority.

Concerts in the Voice of the Roma cycle will be performed at reference venues in Maribor. This year, we will try to develop the cycle in terms of genre and include Roma ensembles, which are not so much committed to strictly traditional Roma music, but intertwine its roots and key elements with other musical genres.

Estimated composition of the cycle in 2021:

The cycle takes place with the financial support of the Municipality of Maribor.